The vast treasure trove of information contained on Google, our modern Library of Alexandria, torched by Julius Caesar’s soldiers in 48 BC, is vulnerable not only to some catastrophic event, like an asteroid strike or, potentially worse, a cloistered pimply hacker, but to the manipulations and contraventions of those who seek to rewrite world history.

The greatest threat to man is the ennui and apathy that comes with the belief that there is no great threat. And what threat could be greater than that of the leather-bound, typeface word – painstakingly and somewhat redundantly in the age of laptops and smartphones – imprinted onto the palpable, creamy pages of parchment known as books, falling into the black hole of oblivion?

In 2010, the world got a ‘canary in the coalmine’ moment with the announcement that Encyclopedia Britannica, after a 244-year-long run, would cease publication of its paper editions.

“Its legacy winds back through centuries and across continents, past the birth of America to the waning days of the Enlightenment. It is a record of humanity’s achievements in war and peace, art and science, exploration and discovery. It has been taken to represent the sum of all human knowledge.

And now it’s going out of print.

For some readers the news will provoke malaise at the wayward course of this misguided age. Others will wonder, in the era of Wikipedia, what took the dinosaur so long to die.”

There are other harbingers of impending disaster that demand some handwringing, and not just for nerdy bibliophiles. Webster’s Dictionary, for example, aside from honoring “justice” (hint: think ‘social justice’ lunacy as opposed to sober-minded legal justice) as its word of the year for 2018, has shown a marked tendency for allowing the more questionable elements of modern culture to seep onto its pages like a coffee stain. At the risk of sounding pompous, does the world really need ephemeral urban slang derived from Eminem lyrics (‘stan,’ for example, as in ‘We stan’ for something) immortalized to posterity? Are we approaching the day when age-old words with superior etymology are disappeared to make room for pop culture trash talk?

At the same time, Webster is anxiously embracing, in the name of ‘justice,’ of course, a slew of words associated with the highly controversial gender wars, where sex has become a fluid concept thanks to cross-sex hormone injections and surgical procedures. Thus, instead of simply the word ‘male,’ which seemed to work just fine for millennia, Webster deems it necessary to include the term ‘cisgender,’ defined as “a person whose gender identity corresponds with the sex the person had or was identified as having at birth.” In other words, exactly as biology had intended from the beginning.

For those who are confused, Webster provides an example of the word in a sentence: “In a very real and measurable way, cisgender identity is no longer unmarked, universal, or assumed. It is denoted, limited, and in conversation with trans identities—or at least we’re moving in that direction.”

Yes, we certainly are.

Among many new entries, like ‘gender nonconformity,’ the new editions have revamped the word ‘they,’ to include the following meaning: “used to refer to a single person whose gender identity is non-binary (see NONBINARY sense c).”

When it is remembered that words are used to inform and articulate our perceptions of reality, these perennial changes will eventually work to solidify an entirely new reality, and one that is being thrust upon us by the warped social warrior mindset.

As these paperback testaments to a slower, less insane age make way for their younger digital cousins, the physical stone and mortar libraries that once held them face an uncertain future as well.

There are other worrisome trends. Mankind’s urban islands of hushed tranquility known as the library may eventually be abandoned as an anachronistic relic from a bygone era, much like the Parthenon of Athens – great for attracting tourists and the refrigerator magnet market but of little other functional value today. After all, with so many people opting to read books online with some handheld device, that is, when they opt to read at all, libraries already seem to many people as redundant as shopping malls and Hallmark cards.

This is not a drill. @GretaThunberg‘s #naturenow video shows how nature is one of the tools we can use to repair our natural climate 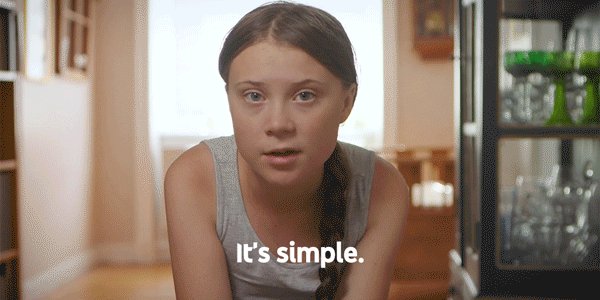 776 people are talking about this
And what about the trees, which will save mankind from the coming climate cataclysm that grating Greta Thunberg expounds an enormous amount of greenhouse gases speaking about? What better way of saving the forests than to ban book publishing? Indeed, Western man, overwhelmed with the highest level of comfort and self-satisfaction ever achieved by humans, would sooner accept the end of book publishing than the end of toilet paper, which accounts for the destruction of far more trees in comparison. Indeed, considering that the average American goes through three rolls of toilet paper a week, most consumers would sooner welcome the end of paperbound books than the ability to wipe their rear ends with Canada’s lush Old Growth forests. But I digress.

And then there is all the current rage over ‘White privilege,’ to the point when it is becoming poor taste to even mention the Founding Fathers. Does anything scream ‘white privilege’ and patriarchy louder than soft creamy parchment containing the literary works of renowned Western writers, a smorgasbord of dead White guys, including Hemingway, Orwell, Cooper, Fitzgerald and Bradbury, not to mention the Shakespeares, Goethes and Dantes of more distant ages?

And who could forget Johnnes Gutenberg, the tinkering German (yes, a German!) who brought to 15th century Europe the printing press, the Medieval equivalent of the Internet. If anyone is a mortal enemy of the social justice warrior class, it is this man. For Gutenberg has given to humanity the greatest method for preserving the world’s greatest achievements from all segments of intellectual pursuit – from the geometric studies of Euclid to the philosophical pursuits of Immanuel Kant.

And here is where Google campus must tremble with absolute fear and loathing, for when an asteroid hits, or the lights go out, or a hacker strikes, or the wily algorithm decides to bury vital information down the memory hole, books will continue to sit pretty, albeit dusty, on the mantle, their essential truths untouched by the intolerant digital age. Immutable to the hacker and impervious to the social justice crowd, the truths contained in books is forever.

That is why books, worn and dusty by the passage of time, are more valuable today than gold or silver. Books hold insight into a world that cannot be altered or destroyed from the distant data overlords hunkered down in Silicon Valley. Books are anchors in a storm-tossed sea of change, where it is nearly impossible to get a secure footing. Books provide harbor from the tyranny of men, hell-bent on destroying any vestige of the past so that their plans for some future dystopia will meet less resistance. Books, the ultimate source of wisdom and knowledge, handed down through the ages, remain the last bulwark against tyranny. Treasure your books and never turn them in; they’re our lifeline to a benevolent and decent future.

Link to the original article: https://www.strategic-culture.org/news/2019/09/29/world-without-books-end-game-for-social-justice-radicals/

Garbage Apocalypse Now! Corporations Have Escaped Blame for Too Long

Lance Roberts: Panic Sets In as “Everything Must Go”

Michael Lebowitz and Jack Scott: The Problem With Pragmatism… and Inflation