The Holy Grail in America right now is toilet paper.

Maybe it’s because in many towns and cities across the nation, spying a 12-pack – or even, goal of all goals, a lonely 24-pack sitting angled on an otherwise empty shelf is recently akin to finding a gold nugget while wading in a creek.

So what’s a person to do when their precious supply of toilet paper runs out? Desperate times call for desperate solutions. We’ve got you covered with 12 alternatives to toilet paper for people on a budget.

A bidet is a water spraying device, designed to clean what toilet paper is intended to. In some countries, they are abundant and common, namely in Europe.

In this TP-deprived climate, articles are being published alleging to help people fix ghetto-rigged bidets. However, they are really just advertising bidets for purchase, in the $20 – $60 range. If this sounds favorable to you, you might want to get one before supplies run short.

If you want to go bidet-crazy and go from a garden hose to a fire hydrant hose, get yourself a “bum gun.” These are more common in certain countries as well. It’s like a bidet you guide as if it were a hose.

Here’s where this article gets survivalistic. The rest of this is essentially catered to people who are really in a difficult situation. Think about it, cotton balls and q-tips work.

Mullein leaves are a specific type of leaf, known to be fluffy, absorbent and generally gentle to the human body. They can be found in many regions all throughout the world from North America to Australia and everywhere in-between. Make sure to pick the right leaves. 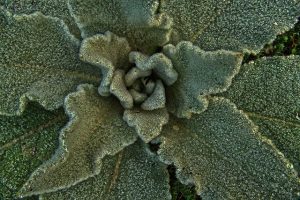 They might have distinct yellow flowers on stalks growing out of the plants, at a certain point of maturity. Mullein plants look like this. 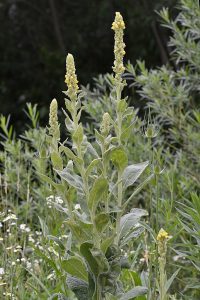 As far as what to avoid, you already know. This is poison ivy, it has three leaves: obviously never touch this or wipe with it. 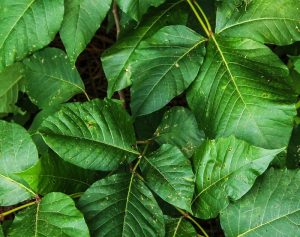 This is poison oak, the same thing goes for it. It has possibly waxier leaves, with a more “oak” like appearance than the viney nature of poison ivy.

Once again this is common sense. Find some yarn, rolled up string, rope, or whatever it is. If it looks cloth-like and isn’t too rough (although rope might be on the rough side) use it. Just be sure to dispose of everything in this realm hygienically and carefully, and washing/sanitizing your hands to the fullest every time you use the bathroom.

Another common sense item that could be useful is baby wipes. Please note that even wipes that claim to be flushable, are not. Don’t try to flush wipes – you’ll end up with a second disaster on your hands when your toilet clogs up.

Taking it up a notch in intensity, what would you do if for some reason you were on the run, and had to go? Think about big, recognizable leaves that wouldn’t cause you any health problems.

These are banana leaves, you probably know what they are. 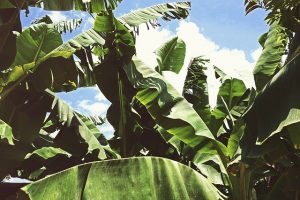 In North American regions alongside rivers or bodies of water, you might find Elephant Ears. 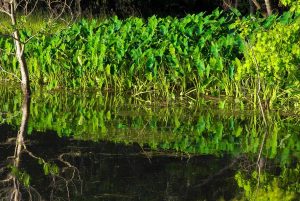 You can also DIY a less powerful bidet by using squirt bottles. These don’t require that you have running water and they’re a very inexpensive alternative. The ones made for hair dye are angled and easy to direct where you need the water to go.

On the rough side, but be careful and you’ll be alright: get yourself some cardboard, hopefully, thin and malleable. The cardboard on a toilet paper roll works fine: if you grew up with the struggle, you’re familiar with this method already.

Common sense: if it can absorb, it can work. The only problem is you have a choice to either dispose of it or wash it very, very well. Maybe you should just dispose of it after.

Feminine hygiene products could work just as good as anything else, if not better. However, this could be another resource that is difficult to acquire at some point and it’s an expensive option. Remember, don’t flush anything like this.

Washcloths or other fabric cloths can be used for wiping. Treat them the same way you would cloth diapers – rinse the “matter” off the cloth by dipping it into a flushing toilet, then toss them in a bucket of bleach water to soak until time to launder them. Some people already use this method and have dedicated “family cloths” that are specific to this purpose. Learn more here and here.

Toilet paper isn’t the only kind of paper. Common, common sense says paper towels work, hell you could use newspapers, napkins, printer paper, whatever you want. Use a receipt if you want, but I do not recommend that because receipts can actually contain toxic chemicals. Obviously, never flush paper. 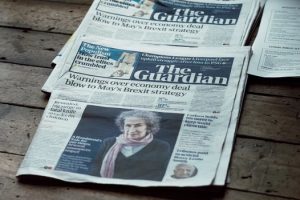 Text republished by permission of the Organic Prepper.

Pensions May Quickly Be “Infected” by Coronavirus Panic