The spread of the COVID-19 virus has caused uncertainty for global food supply chains. Poverty and food insecurity are on the rise as a result of the pandemic. Yet, for many, these crises predate the spread of the novel coronavirus.

This recent instability will affect everyone, but the impact will be far more severe for Indigenous people, precarious and low-wage workers and people living in poverty, struggling to meet their basic needs. While we must develop ways to address the immediate concerns, enhancing the resilience of local food systems has taken on new urgency.

The structures that underpin the modern food system and the resulting food insecurity are evident in northwestern Ontario. Thunder Bay, the region’s largest city, serves as a hub for food, social services and other basic amenities for those living in surrounding communities, including dozens of First Nations. 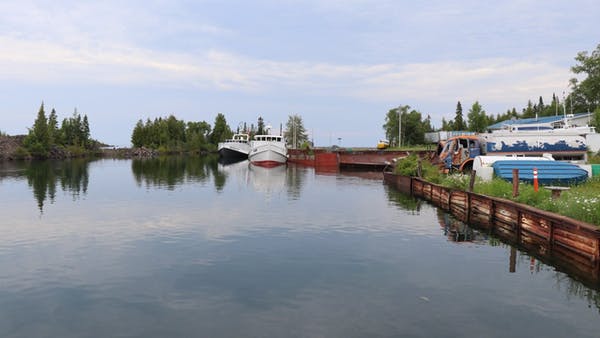 The city is perched on the shores of Lake Superior, the world’s largest freshwater lake, which has more than 30 native species of fish and a long history of productive commercial and subsistence fisheries. Nevertheless, our research has shown that local fish is almost impossible to find on the shelves of regional grocery stores.

Why is there such limited access to locally caught fish in Thunder Bay and what has happened to local fisheries that have sustained regional livelihoods?

Our research on the role of fisheries in sustainable food systems was conducted before COVID-19 posed a global threat, but it is more relevant now than ever.

As we explored how fisheries changed over time in the Thunder Bay region, we learned there are currently only three active licensed commercial fishing enterprises. Increasing consolidation, high costs of entry and challenges in procuring fair prices for catches have squeezed out many harvesters. At the same time, Indigenous communities seeking to assert their fishing rights face resistance from settler governments. Overall, harvesters felt their voices and concerns were not being heard by policy-makers.

Today, most fish caught in the Thunder Bay area are exported to markets in Boston and Chicago and sold as low-quality protein. The export market is facilitated by government policies focused on modernizing commercial fisheries, including Individual Transferable Quotas (ITQs).

ITQs are a popular management tool that treats fish as quasi private property by enabling harvesters to lease quota for profit. While proponents suggest ITQs enable better control and efficiency, they have contributed to a concentration of wealth in the fisheries sector.

In the Thunder Bay region, this has enabled large American-owned companies to lease quota through subsidiary businesses and secure access to fish for export. The situation has led to a decrease in infrastructure to process and sell fish for Thunder Bay residents. It has also made harvesters dependent on long-distance supply chains over which they have relatively little control.

In response, there is a growing effort among non-profit organizations, Indigenous communities and local entrepreneurs to ensure that fish can remain part of the regional food system.

The Thunder Bay and Area Food Strategy identified the protection of Thunder Bay’s watershed and revitalization of its sustenance and commercial fisheries as essential to the region’s food systems. Indigenous communities are also asserting their Aboriginal and Treaty rights to fish as fundamental to their self-determination and livelihoods. There are also several locally owned businesses aiming to reconnect harvesters and eaters such as Eat the Fish and the Fish Shop.

Establishing sustainable local food systems for the region with fisheries as a core component will require enabling policy. The Strategic Policy for Ontario’s Commercial Fisheries identifies fish as a nutritious food source as a social benefit of commercial fisheries. The Assembly of First Nations has identified protection of Great Lakes fisheries as important to food security for First Nation communities.

If these benefits are to be realized, communities and governments must protect fair prices for harvesters, support succession plans for those retiring, provide greater oversight of ITQs and prioritize Indigenous fishing rights and quota allocations.

These needs are all the more pressing in the time of a pandemic for ensuring food security in regions that already face higher rates of food insecurity, higher food prices and distribution challenges. Integrating small-scale fisheries into regional food systems is an important way to address food self-sufficiency, food security and community livelihoods. A lack of resilient local food systems can create a precarious situation for feeding populations — even in the best of times.

This is a moment to pause and critically reflect on the food system we want — one driven by profit that puts our social and ecological health at risk or one that is rooted in democracy and supports the people that produce, harvest and eat food.

This article is republished from The Conversation under a Creative Commons license. Read the original article.

Picture: Lake Superior, the world’s largest freshwater lake, has more than 30 native species of fish and a long history of productive commercial and subsistence fisheries. Pexels.

Harry Western: Why ‘No Deal’ Is a Good Deal for the UK Fishing Industry

Joe Boot: “The Right to Worship Is Given to Us by God, not the State”

Equivalence for Fish? Err, That’s Not a Deal

Canadian Army Bans Use of Male and Female Pronouns