While a decade is just an arbitrary measure of time, people often attribute certain emotional and cultural characteristics to it, such as the “roaring 20s” of the 20th century.

The 20s of the 21st century are promising to mark a defining period in world History, particularly for the West, as vital trends that have been developing for years are expected to accelerate and reach a tipping point. “Roaring” might not be the best description by the end of it.

Consider that at the very start of the decade the UK will no longer be part of the EU, itself a monumental change with deep social, economic and geopolitical consequences. The US and other major economies will face even more profound developments this decade. 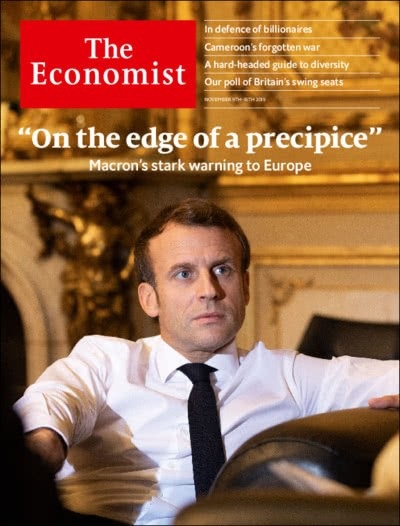 The dominant context behind all this is what British historian C. Northcote Parkinson defined in the early 1960s as the great dynamo of History – the passing of the baton of global preeminence between East and West since historical records began.

Nobody knows what will happen six months from now, much less a decade, but recognizing the ascendancy of the East as a whole – and the evident decline of the West – can help pinpoint important trends and cycles that are likely to materialize in the near future. That ascendancy has started decades ago and will solidify in the short years ahead.

This is a humble “back of the envelope” attempt by the author to read some through important tea leaves, colored (as a disclaimer from the outset) by his rather pessimistic view of the prospects of his native West and by his admiration of the resilience of the East:

Summing up, this decade will very likely be remembered for the end of the world order that had been in place since WW2.

Yes, there is a positive drift on societies across the world emanating from relentless technological progress, but it is highly unlikely that this will do anything to stop the profound demographic, financial and cultural changes that have accelerated this past decade.

Adam Smith noted that a nation can take a lot of ruin. For decades Westerners have been doing their best to figure out how much. Not only that, but a progressive cultural revolution starting in the 1960s has upended all Western traditional values and morals, and so the present generations are ill-prepared to cope with the massive challenges that lie ahead.

If there is a silver lining in all this is that young people are starting to acknowledge the failure and dead-end of the current economic, moral and governance models, and are gradually returning to tradition, family life and communities. Localism, as opposed to globalism, will gain traction.

Building resilience should be the motto of the coming decade.

And with that, wish you a very hopeful, positive and healthy 2020.

This article is republished with permission. You may not use, copy, distribute, publish, syndicate, sub-license and transmit the whole or any part of such material in any manner and in any format and/or media without the permission of the original author.

How Long Until The Fed is Forced to Intervene Again?